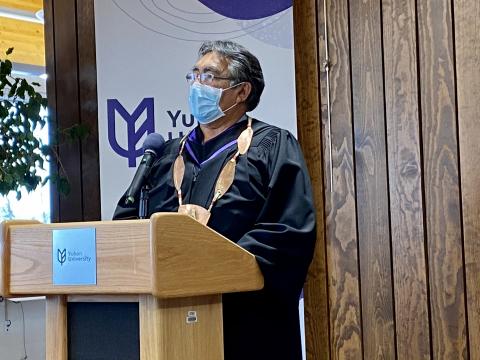 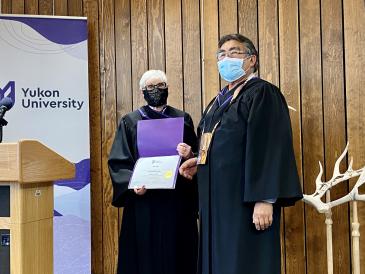 Yukoners as member of parliament for 10 years from 1987. She led the federal NDP from 1989 to 1995, becoming the first female leader of a federal political party and the first to lead one from the North. Since then, she has impacted communities across the globe through chairing or co-chairing international delegations to oversee the integrity of elections held in countries such as Côte d’Ivoire, Sierra Leone, Niger, Iraq, Afghanistan, Bangladesh, and Lebanon, and through working on peace and social justice issues in Bahrain, Yemen, and Morocco and Kosovo. 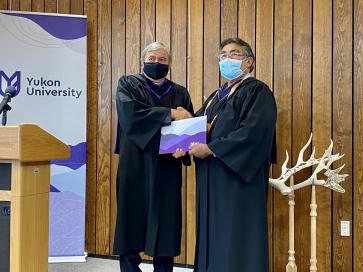 Daka Dave Joe is a citizen of Champagne and Aishihik First Nations and the son of Harry Joe and Jessie Hume. Since the age of 14, Joe has been immersed in the push to recognize Aboriginal rights and title in Yukon and beyond. In 1973, he was chief negotiator in the contingent of Yukon First Nations leaders that travelled to Ottawa to hand deliver their plan for self-government, Together Today For Our Children Tomorrow, to then-prime minister Pierre Trudeau.

The Chancellor is the ceremonial head of the university. Appointed by the board of governors, they act as a bridge between the institution, the students, and the broader community. The Chancellor is responsible for conferring credentials on each graduating student. The position is voluntary for a term of two years. Under the Yukon University Act the chancellor is now a voting member of the board of governors and university senate.

Jamena and Daka are the Dän k’e (Southern Tutchone) names of James Allen and Dave Joe respectively. T’aaḵú Tláa and Anyalahash are the Tlingit names of Pearl Keenan and Sam Johnston respectively.