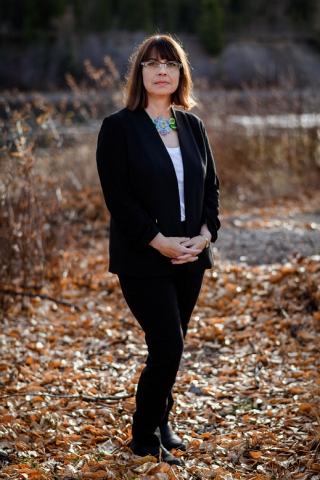 "Robin has an exceptional background that includes negotiating and implementing First Nations Land Claims in Yukon. Her professional and lived experience of the governance reality in Yukon will be of tremendous benefit to our students, faculty and leadership team,” said Dr. Maggie Matear, interim president and vice chancellor. “We look forward to her support in meeting our commitments to the provisions in the Umbrella Final Agreement and Indigenization priorities in the YukonU Act.”

The AVP-IE&P leads Yukon University in the development of partnerships with Yukon First Nations and builds engagement on Indigenization and Reconciliation with staff, students, and YukonU stakeholders.

Bradasch holds a Master of Arts in Leadership from Royal Roads University as well as certifications in Mediation and Conflict Resolution. She serves on the board of the Whitehorse Food Bank, is a KFN Däna Trustee and serves on the KFN Citizenship and Constitution Committees.