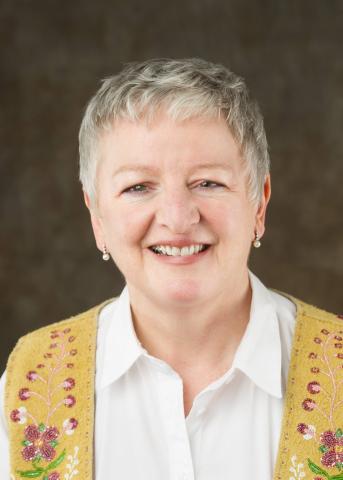 This was shared Friday in the internal, weekly YukonU newsletter. More reflection from Karen can be found in this Whitehorse Star article, also published Friday.

Well here it is – my last day at Yukon University. (Or, as a few people still say YukonCollege-slash-YukonUniversity which makes me smile.)

The natural inclination is to try to capture all of the great memories – and there are so many! But of course memories are so personal, often such tiny moments in time – and impossible to recreate. So I will share a few highlights instead – hoping they will resonate with some of you as they reflect moments over the past nine years. Moments of joy, of unexpected generosity, of unfettered fun, of immense pride, of humility and admittedly – sometimes frustration (but not too often). Here’s just a few….

In 2008 March – three weeks after arriving in Yukon for the first time – I toured all of the communities with Shelagh Rowles and Liz Bosely. I knew nothing about Yukon other than traditional gold rush stories. What an education! Three weeks of learning where I met John Reid in Mayo, Gabor and Jennifer in Old Crow and Eldo Enns in Dawson – also Gisela and Kitty and Jasmine and Jenny and Jay and Brad and Steven and Patti and Dorothy and many others who have now retired or moved on. The best possible introduction to what Yukon is and what it means to this community.

In October 2011, we held an event called “meet the president, meet the college” and invited the business community to come and meet me but also be introduced to what was happening here. I gave a speech which we later turned into a video where I asked people to “Imagine a place….”  I remember that so many of those in attendance were surprised and then proud – to know this little college that they had taken for granted for so long – was doing amazing things. That’s when I knew that we had to amplify our voice – not only in Yukon but across the country.

2012 – the first Fall Huddle (thanks Birgit for that great name!). Driving around and taking photographs of all of the staff – in their ‘college in community’ white t-shirts – my favorite was at the Games Centre watching the team scrubbing the empty pool. Wow! Or washing the plexiglass in the skating rink. And of course the teams cooking – led by Randall Tetlichi at the shelter or at Victoria Faulkner Women's Centre.

The first convocations in the Arts Centre – and the first honorary diplomas in many years – James Smith and Julie Cruikshank, and speakers who awed and inspired me – Thomas Berger, Nadia Joe, Ashlee Cunsolo, Sean Atleo – what fun to see their pride in being connected to Yukon College.

Having Chancellor Geraldine van Bibber lead me by the hand into a PACFNI meeting where they presented me with the beautiful beaded vest made by Florence Moses. Bursting into tears in front of the CBC cameras! Feeling so humbled.

I was very proud to have two Prime Ministers mention Yukon College in budget speeches – first Stephen Harper with the CNIM  building and last year Justin Trudeau with the science building funding. Forgotten lines in a speech perhaps but for me, memories of multiple trips to Ottawa, meeting with (often bored, young) public officials, repeating our story over and over to people who sometimes had to ask ‘where are you from again?” And sitting in the House of Commons for the latest one watching Larry Bagnell bouncing in his seat and looking up to wave and smile at me.

The 50th Party! I’ll probably never again appear in public in a blue jumpsuit, rhinestone earrings and a long red curly wig LOL! And I’ll never forget the food Gene and Ryan and the students prepared – it never stopped coming!

Community dinners this past three years, the most memorable one being in Ross River. The community hall was packed to the rafters. After I did my spiel – Chief Jack Caesar stood and made a moving speech about why his community needed the university to be built and the dreams he had for the youth who would attend it one day. That day I knew I had to make it happen.

The eleV event in Carcross and watching Jim Leech, the Chancellor of Queen’s University and MasterCard Foundation Board Chair, listening intently to the Single Track to Success youth talk about their experiences as he walked down the trail on Montana Mountain.

Receiving the BIG cheque from the President and CEO of CIBC Victor Dodig in the Innovation Commons – our first big one for the Foundation! Remembering the sometimes surreal conversations on Bay Street that got us there.

Traveling on a small plane with executives from mines in Yukon to the Delta mine training site to see the graduates of the first Mine Training program. Listening as each grad told the story of how and why they were in the program and the second chance it was going to provide.

The first Migrating to YukonU event in the CNIM shop – all of us in our winter coats huddled in our chairs – and hearing our colleagues – many who grew up here – talking about why they wanted to see the university being built. Dan and Jane talking about their children and their hopes for them.

Listening with pride to three former University leaders provide their assessment of our excellent and impressive progress at the end of the first CAQC review.

Standing outside in an unexpected blizzard watching Chief Doris Bill’s face as we raised the KDFN and TKC flags for the first time. Having students tell me how important those flags are to them.

And finally – this year – sitting in the legislature – with many colleagues – hearing the proclamation of the Yukon University Act. Indescribable.

Many people have asked me recently if my vision for the University has been realized and I say absolutely. It is not about the name, but more about the culture we have created together. One that recognizes that every adult in Yukon and the North who has a desire to learn, must be afforded a place at the University – and a pathway. A culture that seeks excellence and also innovation focused on the north. A culture that embraces consensus, consultation and collaboration.  And one that is committed to reconciliation. This was my vision and that is what I believe together we have achieved.

I’ve been afforded tremendous opportunities while in this position and for that I am so grateful. I have met so many interesting and outstanding people. I am extremely happy to be handing the reins over to Mike DeGagne who I believe will carry our vision forward and grow Yukon University into a remarkable beacon of light for the North.

Thank you all for the important work you do.